One week ago, George Floyd had his life stolen from him. Over the past few days, numerous communities have stood up to protest in his name.

In the name of Breonna Taylor.

In the name of Ahmaud Arbery.

In the name of countless others before them.

In the name of justice.

I could have easily written this article a few years ago and just swapped out the names with Tamir Rice, Trayvon Martin, Eric Garner, Philando Castile, Sandra Bland, and so many others. It's heart-breaking, infuriating, and sometimes paralyzing.

America has a deeply-rooted problem that we must address. The problem isn't limited to the deaths caught on video, or the ones that happen to make headlines. The problem goes much further and deeper than that. One risk we run as a society is that the sense of urgency that George Floyd's murder brings is likely to dissipate in a short time.

It's stomach-turning to type that. But we've seen that happen many times in years past. That's why I wanted to write to you today. I don't want us to lose sight of the urgency to act.

The impact of racism in America is not just about the loss of life, like with George Floyd, Breonna Taylor, or Ahmaud Arbery. It's about the systems that affect Black men and women's day-to-day lives in ways different from many of our own.

Much of this post is repurposed from an internal letter I sent the Focus Lab team earlier this week. We talked about how we can take action as individuals. For our company blog, though, I’d like to share how we plan to take action as Focus Lab.

The first step was having my business partners, Bill & Will, join me in sharing with our team where we stood. That stance is one of learning and taking action. Along with that message we’ve offered to match donations our team members make to cause-related non-profits. It has already been an encouragement seeing the team lean into that.

In addition to encouraging our team members to contribute where they see opportunity, we’re going to take action on the business side. The simplest and most immediate step for us is to make a donation to an organization already fighting for justice. My family has been doing that for a few years but it never occurred to me, until now, to bring that into Focus Lab as well.

Then we have a longer-tail initiative we’ll be working on. If I look back on our job candidates from years past, we have a very low representation of the Black community. We want to change that. There’s an underrepresentation in the creative industry and we want to be a part of changing that. While we don’t know the specifics of how as of this writing, we’re working on a plan and look forward to seeing it through.

We’re approaching this with a spirit of humility and eagerness to contribute to change.

Empathy in Action is one of our Core Values at Focus Lab. We often talk about it in the context of our work with one another and with our clients. But this week we’re considering this value in light of the experience of Black Americans. Here’s the description of this core value:

We not only welcome multiple perspectives, we actively seek to understand them. When the chance to be present to people's thoughts and feelings arrives, we show up. And we do so with an earnest desire to meet them where they are, from a place of openness and humility.

We’re asking ourselves if we actively seek to understand the perspective and experience of Black Americans. Going a step further, we’re actively finding and supporting non-profits that are already hard at work. This problem isn’t new. This emphasis isn’t new. People are already working to bring equality, equity, and justice in our communities.

If you are neutral in situations of injustice, you have chosen the side of the oppressor. If an elephant has its foot on the tail of a mouse and you say that you are neutral, the mouse will not appreciate your neutrality.

We need to be active.

Photo by Duncan Shaffer on Unsplash 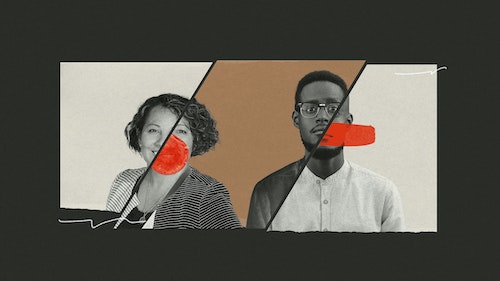 Verbal Branding: Why It’s The Right Time, Even When Everything Else Isn’t 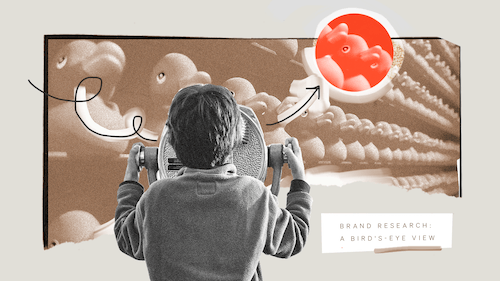 Why We Don't Do Market Research